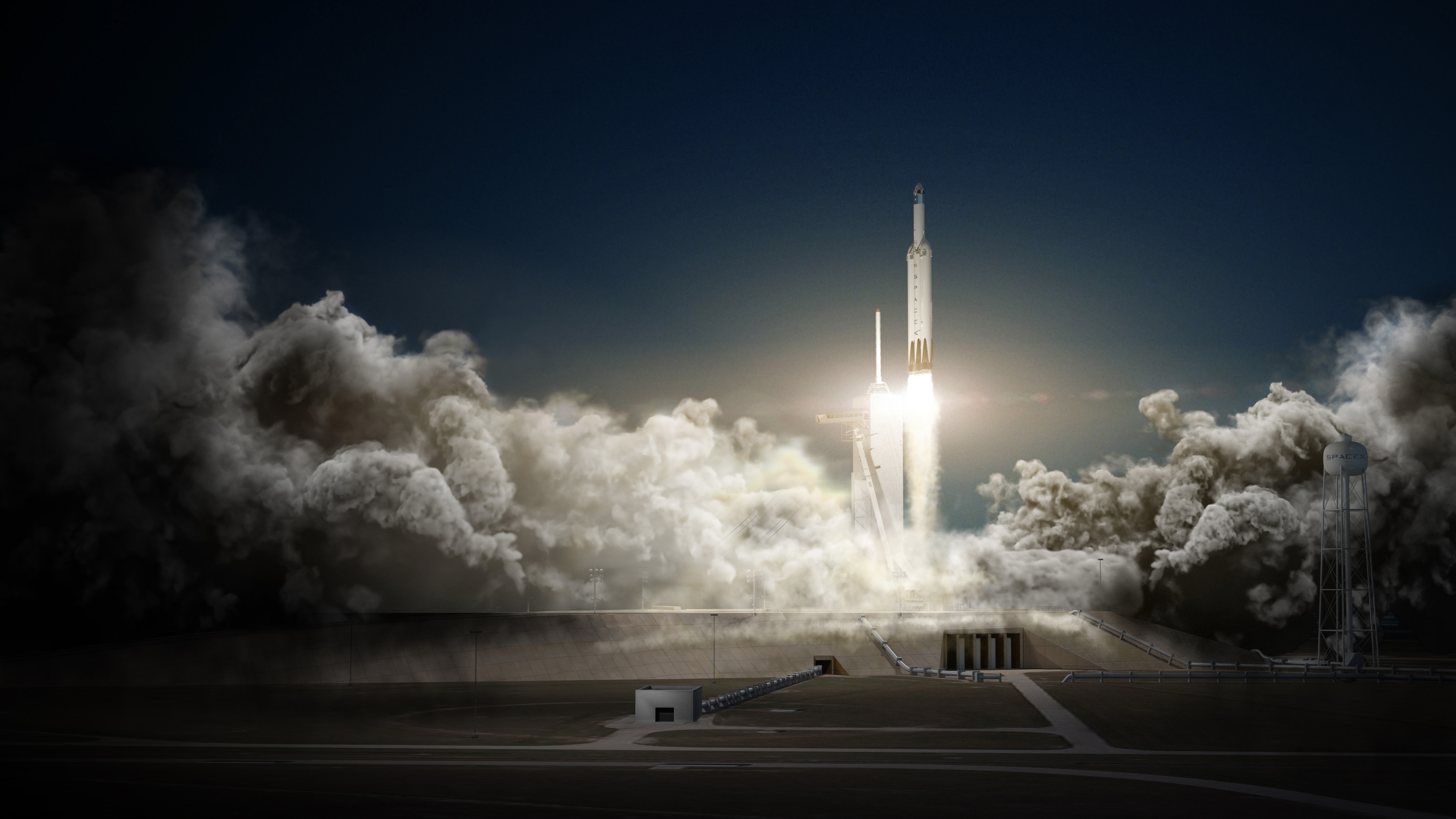 We might have another two hundred years, maybe less, to engineer our way out of the mess we created. If we fail on this mission to fix Spaceship Earth we will all die. Nuclear weapons are still in the arsenal and it seems increasingly unlikely we will get rid of them. Climate change, food shortages, the next pandemic virus, the additional pressure and disruption will lead to war. We might lose the industrial base for our civilization, and after that, all bets are off. Many engineers are hard at work trying to give us a fighting chance.

“This was the day when it all changed. We turned our gaze towards the stars and decided it was time to grow up.”

Just six thousand human beings on earth working together and connected to the global supply chain achieved a technological milestone. We now have access to a reusable heavy lift rocket. The upcoming SpaceX satellite constellation will provide affordable data connectivity anywhere on earth. They’ll launch a total of nearly 12,000 satellites to orbit by the mid-2020s.[2]

Remember the time before the Internet? How about the time before smartphones? It’s hard, isn’t it? Access to mobile phones has already transformed people’s lives. Nowhere is this more visible than in Kenya, where I’m currently stationed.[3][4]

Which brings us to the question of a Kenyan spaceport.

The Broglio Space Centre in Kenya is an Italian-owned spaceport near Malindi, Kenya, named after its founder and Italian space pioneer Luigi Broglio. The ground station is in use and continues to track NASA, ESA and Italian satellites. However, the two platforms fell into disrepair during the 1990s.[5]

These platforms are easily replaced and building a launch facility on land is an option. The missing link was always a modern deep water port and that is finally happening. The new deep water port in Lamu will become operational in 2018 and will have 32 deep sea berths.[7] That means we could ship rockets and any additional equipment to the one place in Kenya with an operational ground station. All we would need to add is a LOX plant and the actual launch facility.

Launching from a location near the equator is much cheaper, especially when utilizing a reusable rocket. A launch facility in Kenya would pay for itself within a couple of years.[6] A project like this would lead to a great influx of capital, qualified labor and would give the Kenyan economy a big boost.

Our only chance of survival is working together towards a better future. Working together depends on governance. How we organize people has a huge effect on the success rate of any project. In this, Kenya still has a long way to go, but it’s no longer impossible.